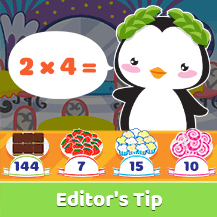 The Origins of Addition, Subtraction, Division and Multiplication: How We Started Using Math Symbols

Math symbols are a part of our daily lives, however, very few people know the true origins of these symbols. If you went through traditional grade school, you learned how to perform these mathematical functions at a young age. Like most things in life, these processes quickly become second nature.

The primary math symbols of addition and subtraction date back to the early 14th century, with division and multiplication emerging in the 16th century. In this article, we will uncover the mystery behind these symbols by diving into their origins and how we started using them!

Why Were Math Symbols Created?

Math symbols were created to add efficiency to long math equations, as everything used to be written out in words. For example, if you needed to add two numbers you would write out ‘add 42 to 72.’ As equations grew in length and complexity, mathematicians were wasting too much time writing out the equation. Adding symbols into the mix created a more productive workflow for math problems.

The Origins of the Plus and Minus Symbols

A French philosopher started using the plus symbol as an abbreviation of “Et” in his writing, but the symbol wasn’t universally accepted or implemented in the 14th century. During this time, many cultures used different symbols to represent addition.

The origins of the minus symbol for subtraction are slightly more difficult to trace. In Europe, mathematicians used the letter "m̄" for minus and most historians believe that the minus sign came from the tilde above this letter.

So when did these common symbols become a regular part of our daily lives? It’s likely that addition and subtraction symbols gained more universal acceptance when Johannes Widmann used the symbols in his work, Mercantile Arithmetic.

Over the years, plus and minus symbols slowly infiltrated all areas of math, proving to be an efficient yet simple way to write out equations. Understanding the history behind math symbols gives a deeper meaning and value to the familiar signs that are ubiquitously today.

The Origins of Multiplication and Division 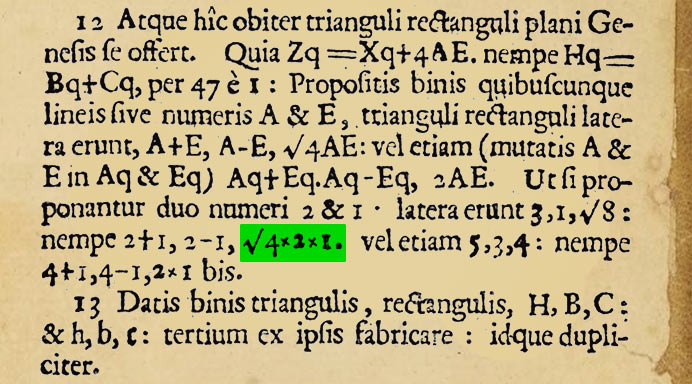 When you see the multiplication symbol, you often visualize it as an x. In reality, the symbol is called the St. Andrew’s Cross and emerged in mathematics in the 16th century. The first person to use the x as a symbol for multiplication was the English mathematician William Oughtred, who wrote an equation in his 1631 booklet “Clavis mathematicae” using the Saint Andrew’s Cross to multiply two numbers.

Previously, the multiplication symbol appeared in an anonymous appendix to the Scottish mathematician John Napier's "Mirifici Logarithmorum Canonis Descriptio" from 1618. It is now believed that the appendix was written by William Oughtred.

So now that you understand the history of the multiplication symbol, what about the division symbol? Similar to all the symbols we covered today, division has multiple symbols and translations that have evolved through the centuries. You will probably recognize the Obelus (÷) and the solidus or the fraction bar (/).

The Obelus symbol has ancient Greek origins that translate to a sharpened stick, representing a small dagger. Swiss mathematician Johann Heinrich Rahn used the symbol in his algebra book written in 1659, Teutsche Algebra. The solidus came later in 1845 and was introduced by De Morgan. However, Gottfried Leibniz created the division symbol (:) to represent fractions.

Math Symbols Have Evolved Continuously Through the Years

Everything in life that has become a socially accepted norm went through years of variants, evolution, and adjustment. All four of these notable math symbols weren’t immediately the universal symbol for each function. However, through the years, some of the great philosophers and mathematicians laid the framework for them.

Today, our children are growing up learning math with century-old symbols. Hopefully, this brief timeline of the history of math symbols, and how we started using them, was insightful! Oftentimes, knowing the origin story of such familiar aspects of our daily lives builds a deeper respect for the craft.